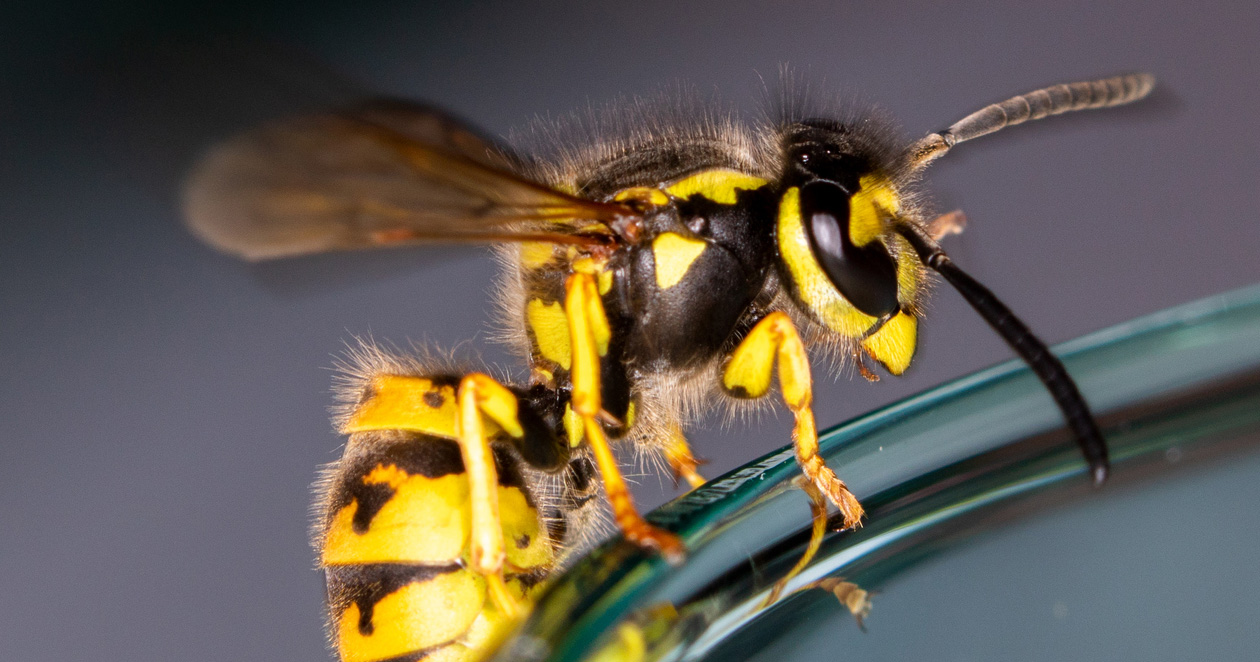 When it comes to annoyance and potential pain, wasps top the list as one of the worst pests out there. These aggressive flying insects include infamous species like yellow jackets, hornets, and paper wasps. Though some wasps are solitary, many are eusocial, which means they live in small to large groups. A group of wasps (also known as a “hive”) on your property can be a major problem for your building and those within it. If you are dealing with wasps, call our pest control experts at ProActive Pest Management. Proudly serving all of Southern Illinois, we have decades of experience exterminating all types of wasps from residential and commercial properties. Read on to learn more about wasps and our eco-friednly, highly-effective services below, and book with our pest control team today!

Wasps are flying insects of the order Hymenoptera and suborder Apocrita. They are neither bees nor ants, but the most common species are eusocial and typically come in large groups like these insects. In fact, many think of wasps as bees with a bad attitude. Wasps are aggressive and equipped with both stingers and strong jaws for biting and stinging. All wasps are venomous to a degree, though most wasp stings do not pose serious health concerns for people.

There are over 75,000 known wasp species. Some of the most common wasp species in North America are the eastern yellowjacket, western yellowjacket, bald-faced hornet, and polistes wasp (or “paper wasp”). Many wasps are black and yellow in color, while some wasps, the paper wasp, are light brown in color. Wasps can be identified by their smooth, hairless bodies and narrow waists that bridge their abdomen and thorax. Wasp infestations can often be identified by wasp nests, which are created using chewed up wood and saliva. These nests are circular in shape and resemble papier-mâché in texture.

Wasps are considered more threatening pests than bees because unlike bees, they do not die after a single sting. Wasps can sting multiple times throughout the course of their lives — and they can also bite. Both wasp bites and stings can be painful, but stings are especially dangerous for those with allergies. Different wasp stings have different intensities based on each species’ venom and stinger size. Yellow jacket stings rank among the least intense, while hawk wasp stings rank among the worst.

Wasps are predatory insects, which means they feed on other insects and bugs as their primary food source. Wasps also collect honeydew for sustenance, which can lead them to human sources of food. Further, wasps prefer to winter and build their nests in warm, sheltered locations. Mudrooms, front porches, and back patios are prime real estate for wasp nests. Routinely checking these areas in your home or business and spraying them with an eco-friendly insecticide can help prevent wasps from nesting on your property.

Have a wasp problem on your property? We can help. At ProActive Pest Control, our experienced exterminators use fast and effective techniques to take care of wasp infestations quickly. We are familiar with wasp nesting behavior across all species and can quickly identify and exterminate wasp nests, whether they are found on roofs, in trees, or even underground. We also apply preventative control techniques to protect properties from wasps year-round. If you are looking to take care of your wasp problem once and for all,