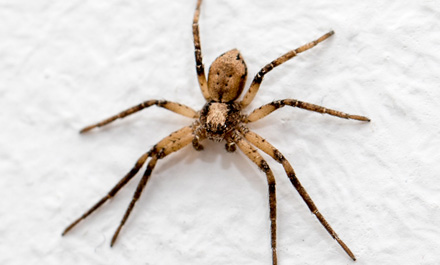 There are few pests scarier or more insidious than spiders. These eight-legged predators are found in every part of the globe, invading indoor and outdoor properties worldwide in search of smaller bugs to catch and eat. Though spiders are sometimes considered natural pest control solutions, they are often also pests themselves. Some spiders are venomous, others carry disease — and none of them are welcome guests in any home or business.

If you are facing a spider infestation in your space, contact our professionals at ProActive Pest Management. Serving all of Southern Illinois, we proudly provide efficient, effective, and eco-friendly extermination services for all types of spiders. Learn more about spiders and our spider control services below, and contact our pest control team today!

Spiders are the most well-known and common arachnids on the planet. Like all arachnids, spiders have eight legs and an exoskeleton. Aside from these features, they’re distinguishing characteristics include two body segments, no wings or antennae, and three or four pairs of eyes. There are at least 47,500 distinct spider species belonging to unique 113 families.

Perhaps the least appealing features all spiders possess are their chelicerae, or mouthparts, complete with fangs capable of injecting venom. Many spiders pose little or no threat to people due to low or nonexistent venom quantities, but there are some species — like the Brown Recluse spider and the infamous Black Widow spider — whose bites can cause serious health concerns for adults of any age.

Spiders are predatory animals, typically feeding on smaller bugs or insects like houseflies, gnats, and ants. Spiders are capable of creating a strong, flexible, adhesive materials (commonly called “silk”) that they use to subdue their prey in a variety of methods. The most common method is the spider web, a large net of silk that catches prey for the spider to eat. However, spider webs aren’t only used to secure food. Spiders also build webs and silk burrows as homes.

Spiders typically infest properties for two major reasons: food and shelter. As mentioned above, spiders like to feed on smaller bugs and insects, so any space with bugs will likely attract spiders. Spiders also like dark, warm, and sheltered place to build their homes and lay their eggs. Basements, crawl spaces, attics, and places where clutter abounds are prime real estate for these eight-legged pests. Some spiders prefer humidity, while others prefer dry spaces.

If you’re like most property owners, you’d rather not have spiders in your home or business. Even a single spider can be an uncomfortable sight or a safety risk, depending on the species. To have your spider problem take care of easily and efficiently, contact our pest control experts here at ProActive Pest Management. Based in Elgin, IL, our team proudly serves all of Southern Illinois with comprehensive pest control services at affordable rates. We use industry-leading equipment and eco-friendly products to stop spiders in their tracks without causing any damage to surrounding property, people, or wildlife. When you work with us, you can rest assured that your spider problem will be taken care of thoroughly to your 100% satisfaction. That’s our guarantee to you.

Contact us for fast and effective spider control now!