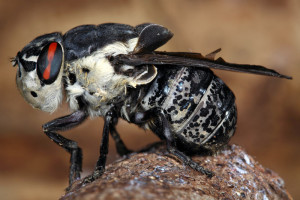 This may look like a harmless house fly, but don’t be deceived. There are several species of bot flies, but the one that should be feared by us is the human bot fly.  Human bot flies are well-known for their love of human flesh.  That’s right folks, I said human flesh.  If that doesn’t gross you out enough this next part should do the trick.  Bot flies develop within the subcutaneous layers of human skin, and those that are unfortunate enough to become a host to their larvae can feel them moving around under their skin, literally making their skin crawl… Luckily, despite these disgusting facts, human bot flies aren’t known to pass on disease causing pathogens into their human hosts.  They can be found among areas in Central and South America. 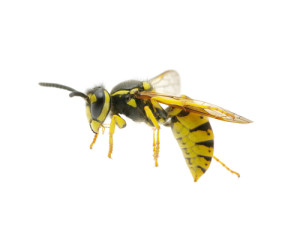 Bees, wasps, hornets, and anything else that slightly resembled these black and yellow bugs, always had the ability to invoke fear within me as a little kid.  Wasps still have this ability!  There are 3 categories that a wasp can be divided into; Parasitic, Solitary Hunting, and Social Wasps. So why are they so dangerous? Wasps are never aggressive unless they feel that their nest is being threatened. This might make them seem harmless, but that’s not the case. If you are stung by a wasp, the pain is not only intense but can be fatal since their sting produces a deadly anaphylactic reaction in certain people who have allergies. If not treated immediately, this chemical reaction can be fatal. It’s best to just stay away from all wasp-related situations and take the “better safe than sorry” approach! 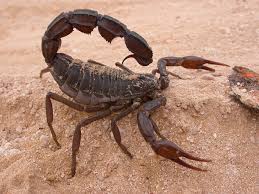 Just like the name suggests, this species of scorpions has the unique ability to spit venom from their tails.  Native to Southern Africa, the Black Spitting Thick Tailed Scorpion can grow to be up to 25 cm long. Lime many scorpions, they are most active after dark, especially in the summertime and more specifically after rain storms.  One sting from these pests can land you in the hospital with extreme pain, paralysis, or even death.  So, if you’re heading out on an African safari anytime soon, keep your eyes peeled for these guys on your trip and steer clear!

Back in 2010, this not so attractive arachnid was named as the most venomous spider in the world according to the Guinness Book of World Records. Its scientific name, “Phoneutria” is Greek for murderess. That alone, should be enough to make anyone keep their distance! Unlike most spiders, the Brazilian Wandering spider does not build webs, but walks the jungle floor at night looking for prey instead.  Since they’re nocturnal, they find places to hide during the day.  This is what makes them so dangerous-they can be found hiding in houses, cars, and other places easily disturbed by humans. As shown in this picture, the Brazilian Wandering spider lifts up on its hind legs when defending itself. The venom from a bite causes extreme pain and inflammation, loss of muscle control and breathing problems, resulting in paralysis and eventual asphyxiation.

Insects aren’t only pesky to have in and around the house, but they can also be equally as dangerous!  Although Illinois may not be home to some of the more exotic threatening bugs, it is important to educate yourself and your family on the potential threats caused by insects and rodents native to your area. For questions about insects sightings around your home or for your fast FREE quote call (630) 451-8101 today!